It’s been two years since I wrote my blog post about my solution how to properly tag podcasts to listen on Sandisk Sansa Clip+ players. I used to use gPodder 2 on Linux all that time, and now I switched to the latest gPodder 3 on OS X. gPodder 3 replaced cmd_download_complete option with extensions, and thus I had to adopt the script for the new version.

gPodder 3 is still distributed with (on OS X) and relies on python 2, whereas my script was written on python 3. It wouldn’t be a problem to support both python 2 and 3 if the stagger library supported it, and it’s on python 3 as well. One option was to use mutagen library, which is actually used by one of the extensions in the gPodder package, but that would require rewriting most of the script.

I couldn’t find any better, but to get my extension invoke the script, being a proxy here. To get it working then you’ll need both the script fixtags.py and extension fixtags_ext.py. They are available from the git repository here: https://github.com/eunikolsky/fixtags. Note that python 3 is required for the script. 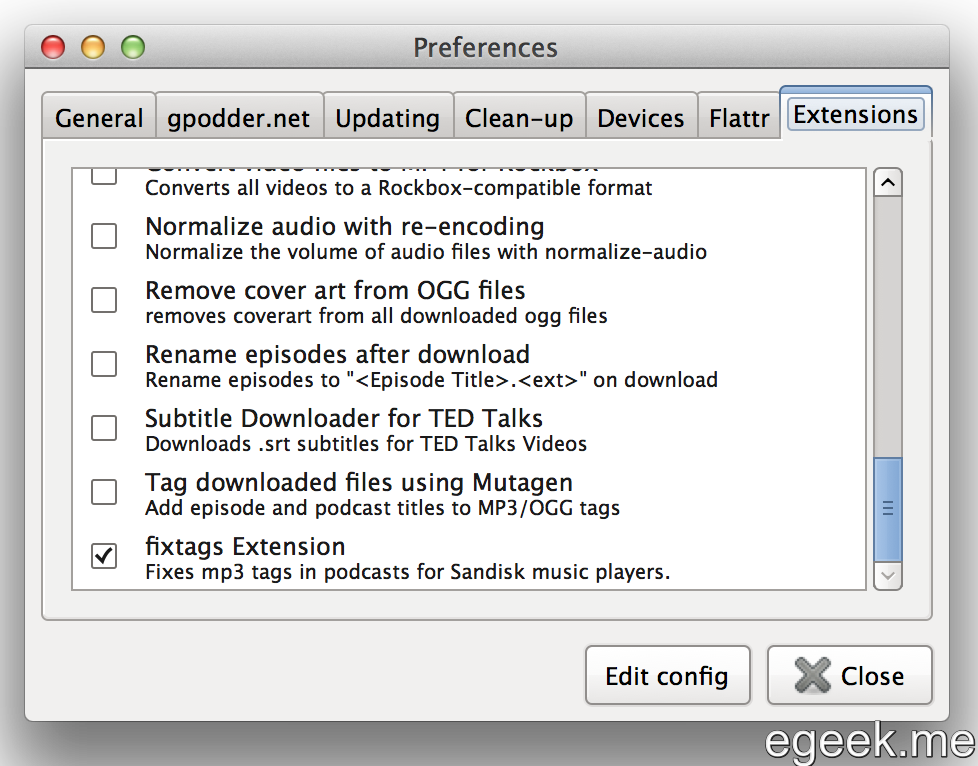 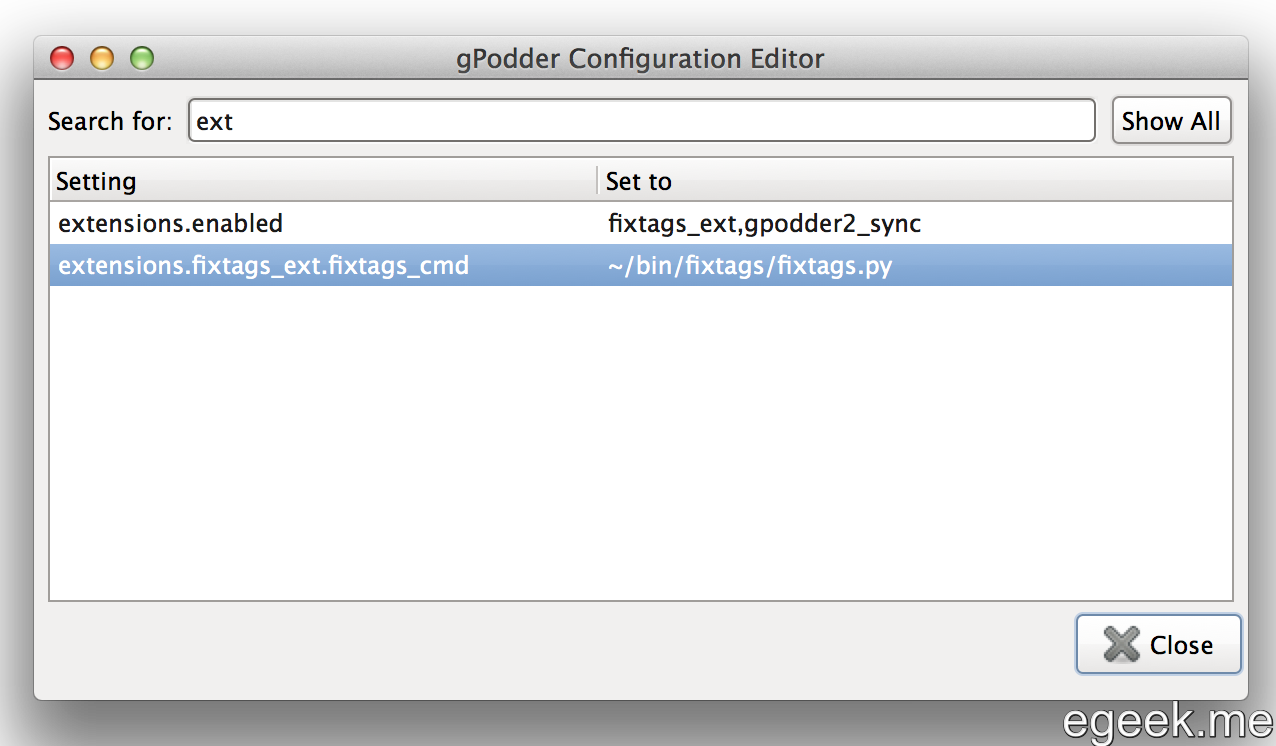 If you can’t find the setting, check that the extension is checked, and maybe restart gPodder.

OK, you’re now done! You may enable verbose mode in gPodder (running it with the -v flag) and check the logs for messages. Leave a comment if you have questions/issues with the extension.