Let’s say I have an iOS project, and I’d like to build it in a number of configurations: “Debug”/“Release”, for device/simulator, and with/without debug logs. Jenkins has the multi-configuration (aka matrix) project build plugin for that. Not all of the steps are required/possible everywhere (e.g., testing is allowed in the simulator only, or checking the license is enough one time only).

My first idea was to create different jobs for different steps and combine them using the “Parameterized Launch” step. However, I’d end up with a very complex configuration and a number of duplicate jobs (because I also want to build the project from the master and develop branches as well).

Here’s how to set that up: 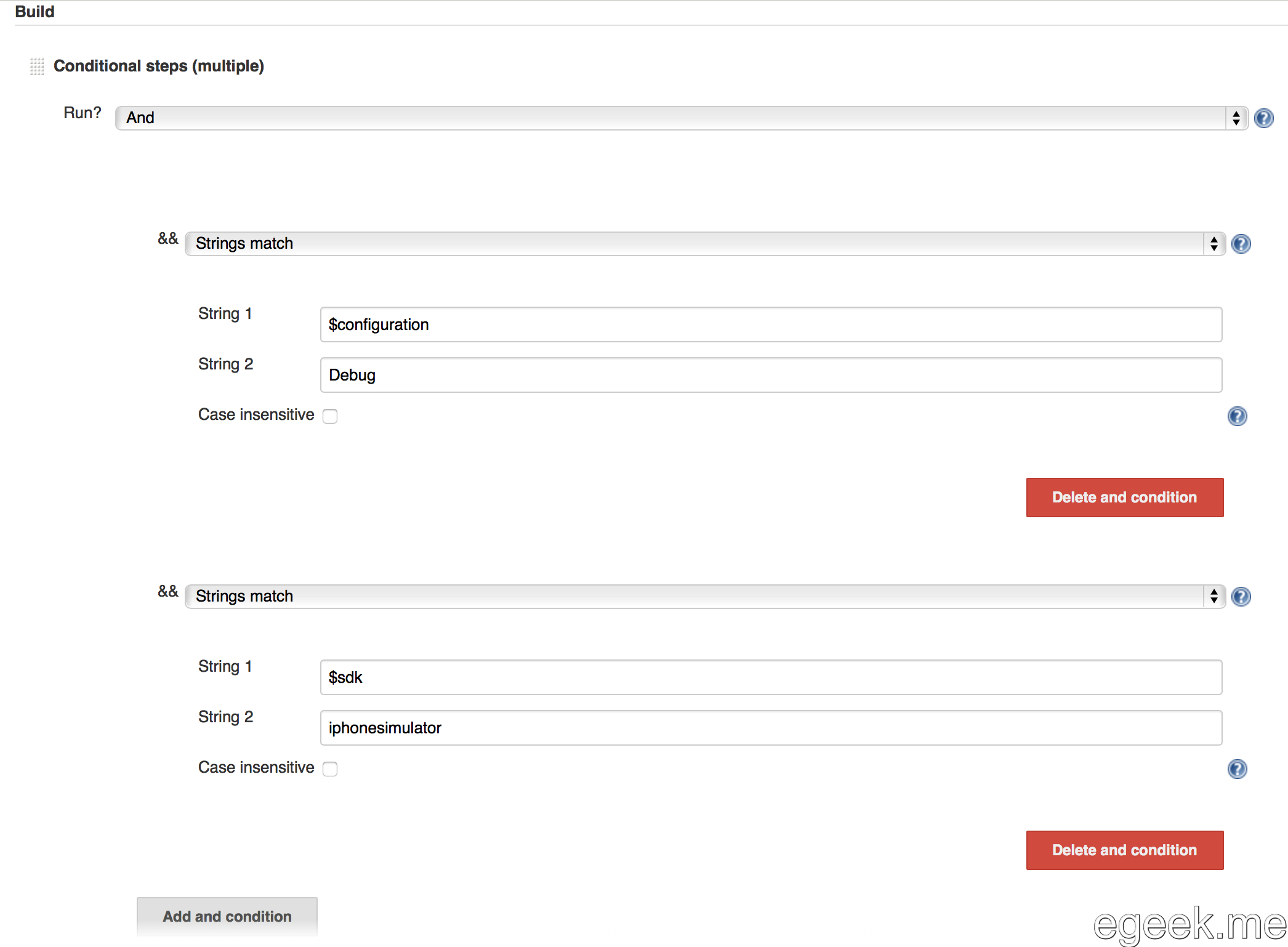 My next idea was to do exactly the same setup in the “Post-build Actions” section using the “Flexible publish” step. However, I stumbled upon a bug that prevented that from working:

As you can see, all the configuration jobs have finished successfully, but the main job has failed due to the Unrecognized macro 'configuration' in '$configuration' error. For some reason, that condition is evaluated BEFORE actually running the matrix jobs and on the main job, which is wrong.

The workaround is to use the “Any Build Step plugin”. After installation go to the Jenkins settings, and in the “Flexible publish” section select “Allowed build steps”: “Any build step”. For the consistency sake, you can also do the same in the “Conditional buildstep” section. Screenshot:

Now you can use post-build actions, such as “Archive the artifacts” and “Scan for compiler warnings”, right in the “Conditional steps (multiple)” build step. An added benefit is that you don’t need to duplicate the conditions in build and post-build steps. Here is what the setup looks like: